The History And Effectiveness
Of Traditional Healing Methods

As long as life has existed on earth, so have issues associated with maintaining health and the remediation of disease.  For humanity, the use of natural healing methods have created the foundation for modern medicine.  Today, when many of us get sick, our first course of action is to call the doctor and make an appointment.  After the poking, prodding and potential battery of tests, we leave the doctor’s office with a little piece of paper with the prescription for some synthetic based medication written on it.

Our current practice of health care is based upon what is called allopathic medicine.  The premise of allopathic medicine is the use of “opposites” to heal the body.  Practitioners, instead of addressing the cause of a disease, deal with a health concern by suppressing its symptoms.  If a patient is retaining water, they are given a diuretic to promote urination.  Likewise, if the individual is suffering from a severe cough, a cough suppressant is administered.

The History Of Modern Allopathic Medicine

Early in the 1800’s scientists learned how to extract the active constituents of herbal remedies.  They also discovered how to create formulas that mimicked the efficacy of traditional natural remedies out of inorganic sources.  These “drugs” unlike earlier natural preparations could be patented and sold for a profit.  Not long after, allopathic “western” medicine got its foothold in society with the formation of the American Medical Association (AMA).  Physicians, in conjunction with their pharmacological brothers began prescribing these newly created “prescription drugs” to their patients.

By 1904, members of these elite and increasingly powerful groups, like the tribunals of the inquisition, systematically began to attack physicians who incorporated traditional, non-evasive or drug free healing methods in their practice.  These physicians were often defamed, being called frauds, charlatans and quacks or were put in jail for a variety of reasons.  Ultimately, their lives were ruined.

The Death Of Traditional Healing Methods

Our perspective on traditional methods of healing has dramatically shifted from those held by people living in the late 1800’s and early 1900’s.  Many view alternative health therapies with suspicion.  Some have come to see them as evil or the work of the devil.  Our hesitancy to embrace the traditional methods offered by today’s alternative health practitioners originated because for the last one hundred years we have only heard one voice when it comes to health care, the voice of the AMA.  Through their marketing tactics, we have been brainwashed into believing that these methodologies have very little or no curative powers.  Traditional alternative health methods, however, have been utilized for millennia.  We each stand here in mute witness to their efficacy, because as a species we have survived. 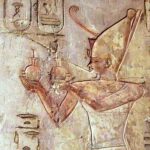 Our knowledge of traditional healing methods comes into full view when we evaluate the medical know-how of the ancient Egyptians.  The renown of Egyptian physicians was recognized all over the ancient world.  Our understanding of why we get sick has evolved since antiquity.  We no longer believe illness to be the work of evil spirits, yet these early medical specialists, like alternative health practitioners today, understood the necessity of cleansing the body to eliminate negative humors to restore health.

The ancient Egyptians, unlike their modern western counterparts, recognized the importance of a healthy diet.  In addition to the use of therapeutic foods, they had a vast understanding of medicinal herbs and incorporated techniques such as massage and color therapy into their healing practice.  Papyrus texts indicate that they had remedies for illnesses of the bones, the teeth, for treating the blood, nausea, ulcers, the heart, lungs, urinary tract, inflammation of the joints and many more.

The foundation of health practices of early and indigenous cultures around the worked, although perhaps less refined than those of the ancient Egyptians, did follow a similar and consistent theme.  Their goal was to heal the “whole” person and not just remediate disease.  A group’s shaman or medicine man offers a similar set of services as the early physicians of Egypt.  These healers like a contemporary medical intuitive, diagnose disease.  They are reported to have the ability to look into the body of their patients and see their illnesses.  Their assessments, not only evaluated their patient’s physical health, but their mental and emotional health as well.

In these cultures, herbal remedies featured prominently.  Preparations such as herbal tonics, washes, massages and even aromatherapies were often recommended.  Treatments such as sweating, as we see today in contemporary saunas were utilized.  We now recognize the value of sweating.  It helps cleanse the body of toxic elements and boosts the immune system.  Hot baths were also employed.  Bathing calms the nervous system and can help stimulate blood circulation.  It can also help relieve common aches and pains of the body.

Contemporary western medicine has recently begun to recognize how “stress” in its various forms can cause ill health.  Early physicians also recognized the role that our thought and emotions play on our health.  They utilized a variety of spiritual healing methods to alleviate the underlying disturbance from their patient’s lives.  This came in the form of prayers, drumming, changing, toning, meditation and the use of directed intention.

The art of healing goes back into deep antiquity.  Medicinal plants, as a therapeutic tool, have been discovered in the archeological record.  In 1960, archeologist Ralph Solecki and his team excavating in a cave in North Eastern Iraq unearthed a 35 – 45 year old adult Neanderthal male.  His body was discovered about fifteen meters from the mouth of Shanidar Cave.  Evidence suggests that the man was intentionally buried.  He was interred in a shallow grave and his body was placed in a fetal position.  Beneath his body was a bed of woven woody horsetail.

Surrounding his body was the pollen of many medicinal plants used by modern herbalists including Yarrow, Cornflower, Bachelor’s Button, Ragwort, Groundsel, Grape Hyacinth and St. Barnaby’s Thistle.  These plants are reported to have curative powers that include diuretics, astringents and stimulants and ones with anti-inflammatory properties.

The pollen discovered at this site provides evidence to just how long medicinal herbs have been used in a healing practice.  If this man was an early physician, as the evidence seems to indicate, the knowledge and use of herbs for their therapeutic properties must extend back even further in time than the 60,000-year date of his burial.

Herbal medicine is not the only alternative therapy that we have found evidence for in the archeological record.  The year was 1991 when hikers trekking through the Ötztal Alps discovered the mummified body of a man frozen in the ice.  Tests indicated that this man, dubbed the Iceman or Ötzi, lived about five thousand years ago.  One of the remarkable things about Ötzi’s is that his body is covered with tattoos that are grouped in a series of lines or crosses.  The tattoos are dark blue in color and are believed to have been made by using soot that may have been racked from a fireplace.

The majority of the over fifty tattoos that cover his body are arraigned in groups of one, two, three, four and even seven parallel lines that run along the length of his body.  Examination by three separate acupuncture societies revealed that the many of the lines tattooed on Ötzi’s body are located on traditional Chinese acupuncture points.  The crossed shaped tattoos found on his left ankle and knee correspond to acupuncture trigger points.

Nowadays, acupuncture is sought out for the relief of pain, where specific points are activated along channels known as meridians.  Fifteen of Ötzi tattoos are located on the bladder meridian.  This meridian is traditionally targeted for the relief of back pain.  The crossed tattoo patterns found near his left ankle is considered in acupuncture texts as the “master point for back pain”.  Physical examination of Ötzi body revealed that he suffered from severe knee, hip ankle and back issues as well as abdominal disorders.

These are only a few examples of ancient and indigenous healing techniques.  The list of methodologies they employed can go on and on.  While we can only speculate when we began to utilize these techniques to restore health.  In the end, it is easy to see that they have been in use for eons.

It is understandable why many people are hesitant to embrace concepts offered by alternative health practices.  We have been taught that the methods used by our fathers, and our fathers father are bad, ineffective or harmful.  Many see them as being primitive, antiquated or “old school”, yet it has only been in the last one hundred and fifty years that the methodologies offered by western allopathic medicine have been utilized.

Our bodies were designed with the innate ability to heal itself.  They are not intended to ingest, digest, incorporate or process synthetic products or substances.  In our learned desire for a quick fix, we seek the “magic bullet” to cure all of our woes.   We have been taught to ignore the outcome, the byproducts and the side effects of these manufactured chemical substances as long as we feel better in the short term.  We have come be believe that we can experience happiness through chemistry, yet as a people, we are becoming sicker and sicker each day.

The goal of allopathic medicine is to eliminate symptoms, not heal the body.  The focus of alternative health practices, like our ancestors, is to heal the body.  We know from the historical record that the use of herbs, acupuncture, ritual, prayer, meditation, toning, massage and many other healing modalities have been employed for thousands of years.   The historical record for the effectiveness of traditional cures holds firm regardless of how much it is mocked as voodoo medicine.

No one wants to get sick and if we are ill, we all want to heal.  If you have in the past shied away from traditional, alternative healing modalities, perhaps it is time to take another look at them.  As you can see, these methods have been practiced for thousands of years.  Maybe they can work for you too.