The Fate Of Genetically Modified Food

If you consume what is considered a traditional American diet, did you know that you were already eating genetically modified food? Foods such as soft drinks, processed foods and even the oil that fast food French fries are cooked in, more than likely contain some amount of genetically modified corn, soy or canola oil. These same products are also fed to livestock such as cows and pigs, which we in turn eat. These altered products were first introduced for commercial cultivation, thus they entered the human food supply, in the mid 1990’s. By 2003, according to the Grocery Manufacturers of America, about 75 percent of the processed foods in supermarkets contain one or more genetically modified food product, better known as GMOs.

Genetically Modified Organisms, or GMOs, are identified as organisms in which their genetic material, aka, their DNA has been altered. Selective breeding and cross-breeding has been practiced for thousands of years as a means to encourage chosen qualities – cows that produce more milk, Thoroughbreds horses that can run faster or orchids that produce a certain shade of pink flower. These alternation, although managed, occur naturally. In the case of GMO’s, foreign genes are forced into the DNA of the selected species in order to obtain the specific quality the other offers. The inserted genes may come from another plant, of the same species, from a different plant species, or from a completely unrelated organism like a virus, bacteria or animal.

GMO’s were first developed and marketed based upon their perceived advantage for either the grower or the consumer. This means, according to advocates, that food could be grown at a lower price and has improved nutritional value. Doesn’t that sound good?

Modifications associated genetically modified food focus on increasing crop productivity, including a crops resistance against insects, viruses and herbicides. To achieve insect resistance in certain plants, for example, the gene for toxin production, from the bacterium Bacillus thuringiensis (BT) is inserted into corn and other crops. The BT gene produces crystal proteins that are deadly to insect larvae. BT has been used as a biological pesticide in the agriculture industry for years and is approved as “safe” for human consumption. BT that is inserted into the DNA of corn enables the corn to produce its own pesticides, which protects it against certain insects and reduce the amount insecticides required to keep pests under control.

The Rise Of GMO’s

The presence of genetically modified foods that can be found in US grocery stores is more prevalent than is commonly thought. There are over 40 varieties of genetically modified plants that have completed the federal requirements for food production and distribution. These include tomatoes, cantaloupes, soybeans, sugar beets, corn, cotton plants, alfalfa, papaya, canola, sugar cane, rice, squash and peppers, rapeseed, potatoes, flax, tobacco and peas.

The scope and reach of genetically modified organisms in our food supply does not end there. All of the meat and dairy products we eat come from animals, which in most instances have eaten genetically modified foods. The production of honey can also be impacted by GMO’s. Bees produce honey by collecting nectar from flowering plants. If the plants that they collect the nectar from are modified, then the honey they produce will also show signs of the modification. This scenario has already presented itself in Canada, where Canadian exports of honey to Europe were shut down due to the presence of genetically modified pollen in their honey. Vitamins, such as vitamin C, which is made from corn, and vitamin E, which is made from soy can may also be derived from genetically modified organisms.

GMOs have been linked health issues such as toxic and allergic reactions. Studies done on lab animals have shown that genetically modified food damage vital organs in the body. In a report published in the International Journal of Biological Sciences states:

“Effects were mostly concentrated in kidney and liver function, the two major diet detoxification organs, but in detail differed with each GM type. In addition, some effects on heart, adrenal, spleen and blood cells were also frequently noted. As there normally exists sex differences in liver and kidney metabolism, the highly statistically significant disturbances in the function of these organs, seen between male and female rats, cannot be dismissed as biologically insignificant as has been proposed by others. We therefore conclude that our data strongly suggests that these GM maize varieties induce a state of hepatorenal toxicity….These substances have never before been an integral part of the human or animal diet and therefore their health consequences for those who consume them, especially over long time periods are currently unknown.”

When asked, companies like Monsanto, one of the world leaders in genetically modified foods take the position that conventional foods, like corn and soy are not subject to long term testing. They go on to state that since their products do not contain any new chemical component they do not need to be tested. Monsanto, reasons:

“There is no need for, or value in testing the safety of GM foods in humans. So long as the introduced protein is determined safe, food from GM crops determined to be substantially equivalent is not expected to pose any health risks.”

Internal memos, that were made public by a lawsuit, showed that FDA scientists warned the government that genetically modified food could create unpredictable and hard to detect side effects. They urged long termed studies of the effect of GMO’s but were ignored. Currently the FDA does not require safety evaluations for genetically modified food. Michael Taylor, an FDA official, who was an attorney and later vice president for Monsanto, approved this policy. Many health proponents are concerned that if health problems that are derived from the consumption of genetically modified foods only appear after long term exposure, that the source of the problem might not be discovered for decade.

One example of the health problems associated with GMOs is the case of laborers in India. These workers handled cotton that was modified with the BT insect repelling gene. Hundreds of cases were reported of allergic reactions just by handling the modified product. This is just one example of the damaging and yet unknown effects of GMO’s on our health.

The controversy doesn’t end there. Individuals like Percy Schmiester, a farmer from Saskatchewan Canada, was sued by Monsanto when it was discovered that his canola fields contained traces of Monsanto’s genetically modified products. According to Schmeiser, he never purchased any Monsanto product and believes that his crops were contaminated by neighboring canola fields. David Runyon, who has been very vocal in this war between David and the Goliath Monsanto, states that Monsanto sent investigators to their home and demanded years of farming records and then threatened to sue them for patent infringement.

Monsanto, on the other hand, says it doesn’t matter how the contamination took place and demands reparation for the use of their copy written materials. The same thing happened to Rodney Nelson and hundreds of other farmers around the world. To date, Monsanto has received over $15 million dollars in patent violation cases from small farmers whose crops were contaminated by pollen from genetically modified products that blew over their fence. 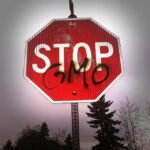 The farmers, in particular, the organic farmers are finally fighting back! Their argument in this case is that Monsanto is reserving the right to sue farmers for something they cannot control. In addition, organic farmers are concerned that if GMO products contaminate their crops they will lose their organic certification and thus lose their business. This trend has already started to happen in other countries that allow the production of GMO crops.

Countries such as Hungary have recently taken a stand against Monsanto’s products when 1000 acres of corn that was grown from genetically modified seeds was discovered. The corn was destroyed. Hungary, like a growing number of nations are beginning to ban the production of genetically modified crops in their countries.  Other countries are beginning to require that all crops that are engineered be labeled identifying that the product contains GMOs.

In the United States, a number of bills have been proposed in different states requiring manufactures and food growers to label products that include  genitically modified organisms, but the opposition has been an uphill battle.  In 2014, 60 active bills have been introduced in 23 states that require labeling for all modified products.  At the same time, new federal labeling laws may overrule state sanctioned labeling requirements.  In the proposed  H.R. 4432, the “Safe and Accurate Food Labeling Act of 2014” (“SAFLA”), producers would NOT be required to identify the use of genetically modified foods in their products.  The bill does however allow producers to claim that their products are GMO free.  What flips and spins these producers will have to go through to satifiy the GMO free provision is anyone’s guess at this time.

The Future Of GMO’s

As more and more information comes out regarding problems with these genetically modified products, we can only pray that Monsanto will be forced into recalling or discontinuing the production of these products. It seems obvious that they cannot control the chimera they have created. It only surprised me that farmers have not banded together and formed a class action suit against Monsanto for negligence, reckless distribution and contamination of their products. Who knows, that might be coming next.