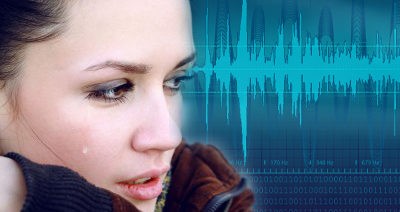 Over the last several years, I have been commenting on the increase in and ongoing levels of tension that many are experiencing in their daily lives. Even some of the most spiritually adept people I know have remarked on how challenging life has been. I wondered if what we have been feeling was an issue within our own psyches or if there were something bigger going on that is affecting each of us. This is what I have uncovered…

Scientific literature suggests that the Earth exhibits a series of extremely low frequency (ELF) electromagnetic fluctuations. They were first theorized by German physicist Winfried Otto Schumann in 1952. These waves are generated when natural phenomena, such as lightning, strike the Earth’s surface. The resulting ELF waves (Schumann Resonance) spread laterally around the planet in a cavity that is formed between the Earth’s surface and the ionosphere (the spherical earth-ionosphere cavity). This cavity acts as a wave guide and amplifies the spectral signals. By 1954, Schumann confirmed the existence of these resonant waves which can range from 3 Hz through 60 Hz. They make up a major portion of the extremely low-frequency band of the Earth’s electromagnetic spectrum.

What Is The Importance Of Schumann Resonances

The primary frequency detected around our planet resonates at 7.83Hz. It has been likened to the heartbeat of the Earth. It plays a significant role in DNA formation and our physical and mental health. It is the frequency on which bodies work, particularly the brain and heart. Richard Alan Miller and Iona Miller in their article Schumann’s Resonances and Human Psychobiology note: “The rhythm of life has evolved at an even tempo for epochs.” We are evolutionarily tuned to this vibration and have come to rely on it to maintain our internal biorhythms and biological processes.

In one study that focused on the human circadian rhythm (the physical, mental and behavioral changes that follow a roughly 24-hour cycle), researcher Jürgen Aschoff created an underground bunker, which shielded test individuals from external cues. This included time variations of light and darkness, temperature changes and electromagnetic fields including Schumann Resonances. What he discovered was that human sleep/wake cycles could desynchronize from its natural circadian rhythm. Endocrine function, depression and other mood disorders manifested in many of the test subjects. Interestingly, when a machine that resonated at 7.83Hz was placed in the bunker, the subjects found that their malaise and illnesses were alleviated or disappeared.

Research indicates that ELF’s can affect us physically and emotionally. Our brains can operate within five different frequency ranges. Each range has a distinct effect on our consciousness.

Delta waves (0.5 Hz to 3 Hz) oscillate at the slowest frequency. They suspend our external awareness. They are associated with sleep and sleeping and are marked by the appearance of a seemingly unconscious state which includes the loss of physical awareness.

Theta waves (4 Hz to 7 Hz) appear during sleep but are also dominant in deep meditation. It acts as our gateway to learning and memory. In theta, our senses withdraw from the external world. They are associated with day-dreaming, memory recall, and guided visualization. When we are in theta we can access information beyond our normal waking consciousness.

Alpha waves (8 Hz to 13 Hz) are the resting state for the brain. They support our overall mental coordination, calmness, alertness, mind/body integration and learning. When in them, our internal dialog gets turned off and we can be in the present moment in a place of peace and relaxation. Our bodies naturally move into alpha waves when we are relaxed or during certain forms of meditation.

Beta waves (12 Hz to 28 Hz) are associated with daily activity and our normal waking consciousness. We are alert and engaged in focused mental activity and critical reasoning. As the frequency of beta waves increases, negative aspects of this brain state can manifest including stress, restlessness, negative thought patterns, anxiety, excitement, and paranoia.

Gamma waves (40 Hz to 100 Hz) are most often recorded during times of intense creative work and when we encounter sudden bursts of inspiration. It is speculated that gamma rhythms modulate perception and consciousness. They are the fastest of brain waves and allow us to simultaneous process information from different areas of the brain.

If a new frequency, such as a change to the 7.83Hz Schumann resonance, is introduced into our environment, brain-wave entrainment can occur. Brainwave entrainment, or brainwave synchronization, refers to the capacity of the brain to naturally synchronize its frequencies with the rhythm from external stimuli. We will naturally tune into (entrain) this new signal.

When a group meditates together, for example, their brains will entrain with one another and their surroundings, providing the group with a deeper and more profound experience. According to James L. Kent author of Psychedelic Information Theory: Shamanism in the Age of Reason “If the shaman and the ritual participants all sing the same tones together, their oscillators all merge into a constructive interference pattern and drive each other into a higher amplitude of shared energy. This is the physics of neural entrainment and linking group mind.”

Up to the 1980’s, the Schumann Resonance did not exceed 7.83Hz, however, it has been increasing steadily since. In 2014, the frequency briefly rose from its usually 7.83Hz to around 15-25Hz. At the time, it was considered anomalous but on January 31, 2017, for the first time in recorded history, the Schumann Resonance reached frequencies of 36+ Hz. What does this mean to us as inhabitants of Mother Earth? According to neuroscientists, frequency recordings of 36+ Hz in the human brain are more closely associated with a stressed nervous system than a relaxed and healthy one.

Some suggest that any de-synchronizing geomagnetic disruptions affect not only our sleep, mental equilibrium, and energy levels but also our brains, cardiovascular and autonomic nervous system, circadian rhythm, hormonal secretions, and reproduction. Others hypotheses increases to the Schumann Resonance may be responsible for the rise in infarcts and other cardiac problems that have been occurring since the 1990s. It may also be influencing our health by drowning out the health promoting benefits of the 7.83Hz alpha waves thus interfering with our ability to relax, and may also be to blame for the rising tensions that fill the air.

Although the Schumann Resonance could be easily confirmed by measurements at the time of its discovery, it is challenging to detect it today. With the advent of wireless technology, another problem is emerging. Evidence suggests that the proliferation of man-made electromagnetic fields has given rise to a kind of electromagnetic smog that is affecting the fundamental Schumann Resonance. They are creating an environment that is literally out of tune with nature itself.

The Effect Of Schumann Resonance On Society

Are these increasing levels contributing to the ongoing pressure many are experiencing or are other factors contributing to what is going on? It does seem clear that the rising fundamental Schumann Resonance is affecting everyone, but there is another factor to consider. If when a group meditates their brains become entrained with one another, what happens in moments of high anxiety, apprehension or dread like one might find played out on the nightly news? What impact does a threat of war, a catastrophic natural disaster or an impending economic crisis have on us? Does the fear, negativity and panic (high beta wave activity) ripple around the planet in waves as we fall into resonance with one another? Does the resonance grow, multiply and intensify causing more and more of us to become entrained to this unsettling frequency?

I think this just might be the case. For many, if they evaluated their personal lives, they might have a great job, a wonderful family, food to eat and a place to live. They may have no actual reason to feel uptight, tense or panicked but for some reason they find themselves running around screaming “The sky is falling, the sky is falling“!

We have been lead to believe that we are in control of our thoughts and emotions, but in light of this information, it might be worthwhile to reevaluate what is going on. You might ask yourself, “is what I am experiencing really me – my thoughts, my feelings – or am I resonating with the discordant planetary vibration”?

Is There A Solution To Increasing Schumann Resonances?

You might be wondering if there is a solution? Can we find peace and contentment in our lives again? Can we break free of the global mind? I think the first step is for us to become aware that there is a problem in the first place. Some researchers into the rising Schumann Resonances have proposed the development of technology to counteract the effects of the electrosmog we have created. This could be achieved by inserting devices with the vibration of 7.83Hz into our environment. They believe it will reverse the detrimental effects of synthetic electromagnetic technology. However, is this really the answer? This methodology is reminiscent of our current health care system, where the side effects of one drug are remedied by taking another medication. Is this the only answer to the predicament we have gotten ourselves into?

In today’s society we have become so attached to our creature comforts: cars, convenience foods, cell phones, etc. but at what cost? This technological revolution is asking us to pay the ultimate price: the cost – our health and well-being.

It is not my intention to get into a discussion about the political and economic ramifications of advancing technology and its impact on our current society… Instead, I wanted to raise your awareness of where the discomfort, where the ill at ease is coming from. I am sure you will not see any discussions online or in the news about how changes to the Earth’s resonance waves are affecting you. If you have been wondering if you have been going crazy these last few years, you are not. You, like all of us, are being affected by rising Schumann Resonances and the global mind.